Defiance Against the Odds by Stephen Brown - Luftwaffe Card M382

Aviation art greetings card featuring Oberstleutnant Josef 'Pips' Priller, Kommodore of JG26, performing his final cockpit checks before starting to taxi his FW190 A-8 towards the runway. June 1944 and the Allied invasion of Normandy is underway. Hopelessly outnumbered the Luftwaffe have little chance of making any impression on the vast Allied armada of air power. One of the few units in the air trying to stem the tide is JG26 ‘Schlageter’.

Josef Priller was to become synonymous with this defiance of overwhelming odds when he, with his wingman Herbert Huppertz, flew a single strafing pass along Sword beach. An action that later became immortalised in the classic war film The Longest Day. By the end of the war Priller had flown 1307 missions and achieved 101 victories. He was awarded with the Knight’s Cross of the Iron Cross with Oak Leaves and Swords.

This card is left blank inside for your own message. 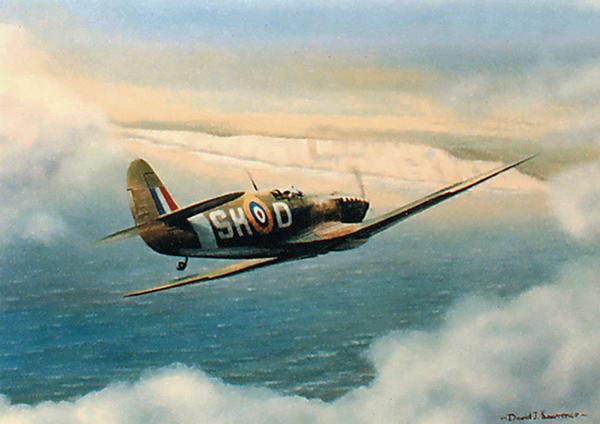 Over the Beaches by Philip West - Spitfire Greetings Card M478 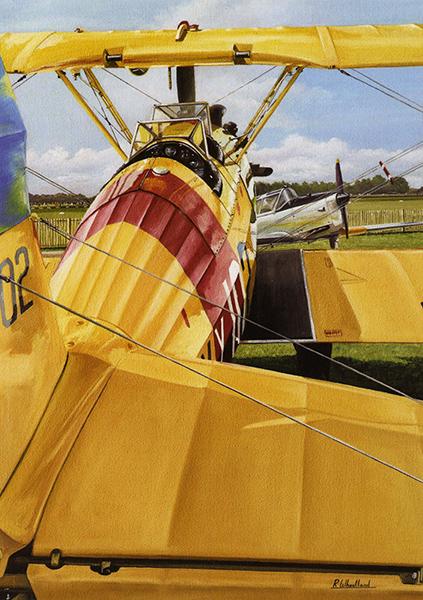 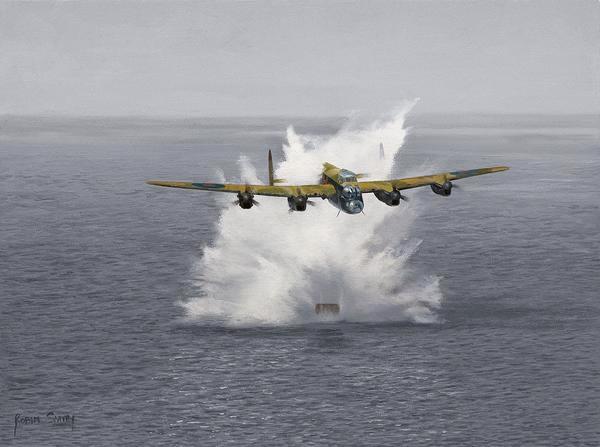 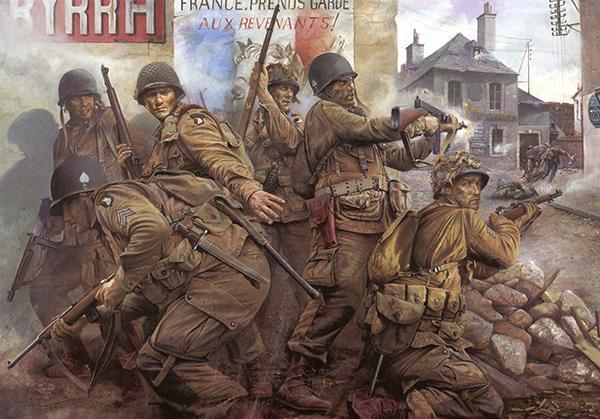 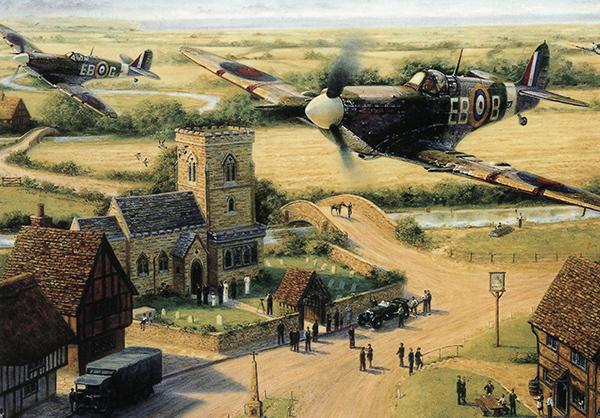 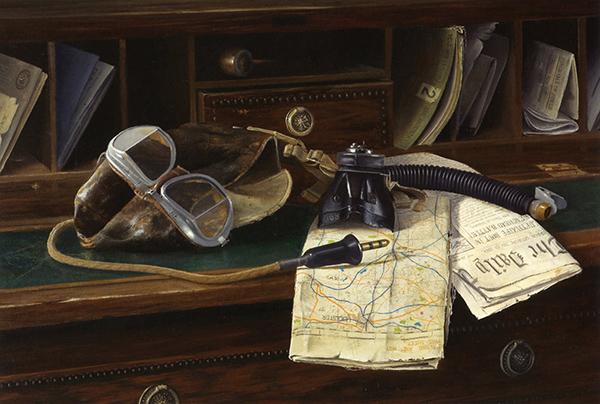 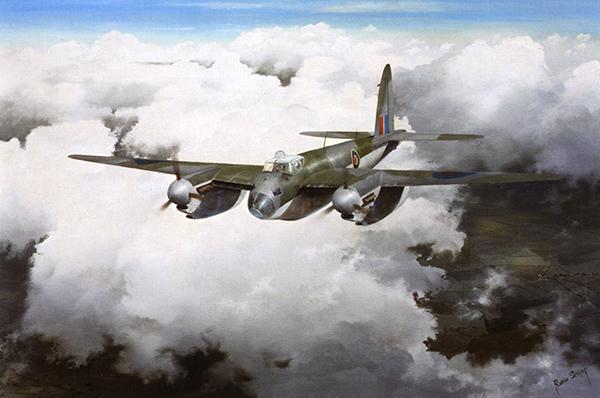 Thorn in the Side by Robin Smith - Mosquito Greetings Card M391 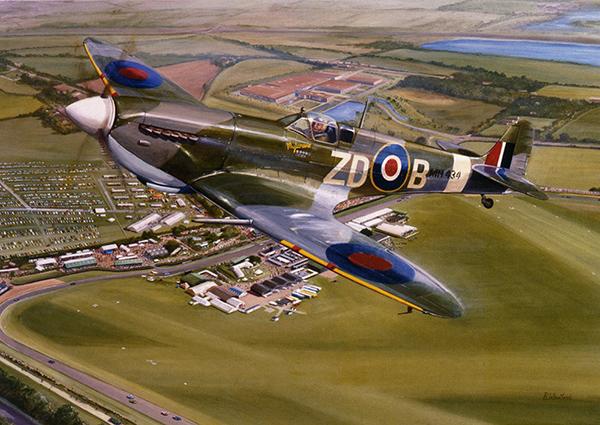 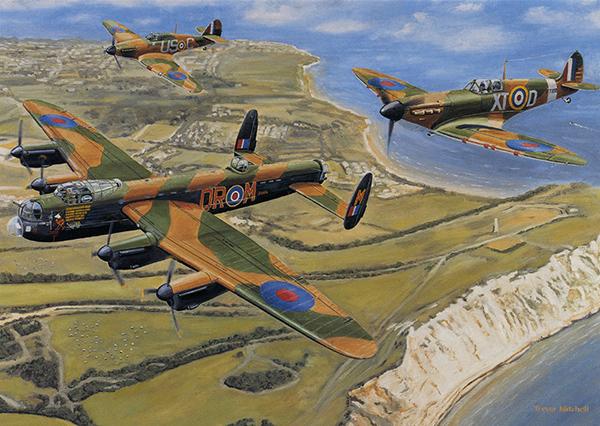 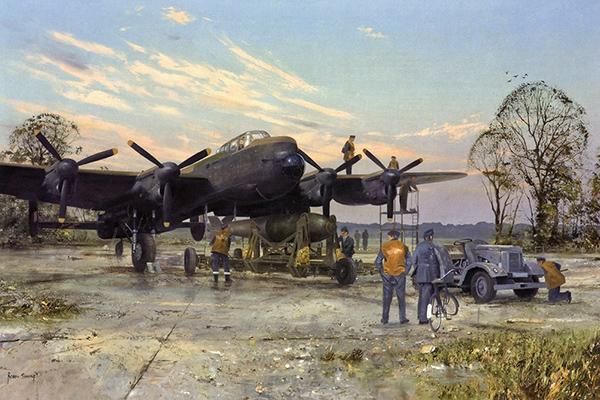 Towards the End by Robin Smith - Lancaster Greetings Card M182 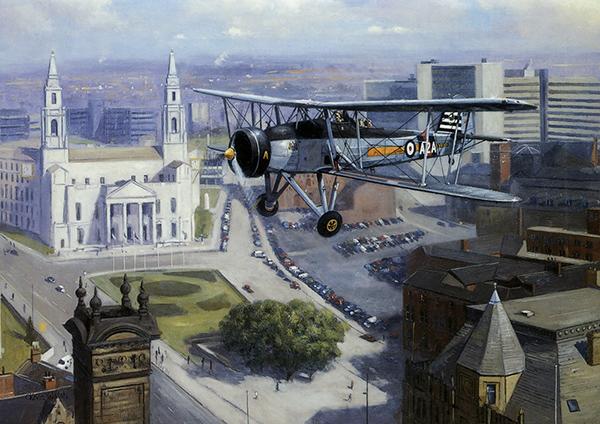 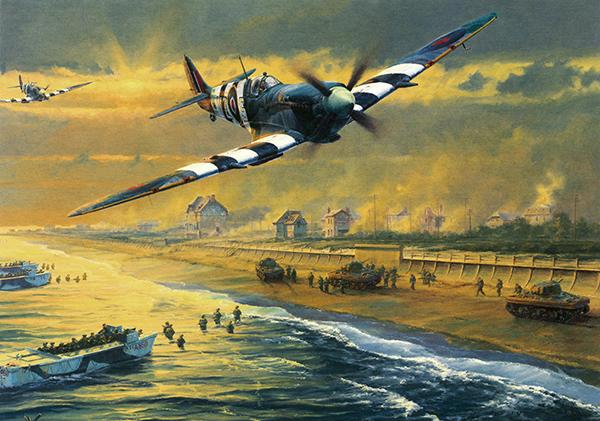 Mustangs Over the Rhine by Stephen Brown - Greetings Card M333