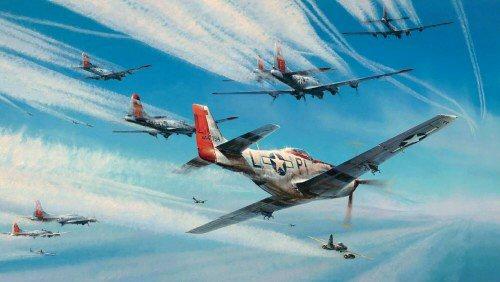 As the war in mainland Europe entered its final, bloody phase, the German Armies defending Berlin fought on with a savage, yet hopeless determination, slowly disintegrating before the mighty weapon of war unleashed against them. What remained of the Luftwaffe was mercilessly pounded from the air, their airfields hammered relentlessly. Aircraft, fuel, spare parts, ammunition and pilots were all in short supply but still they fought on in defence of the Reich. And pivotal in this bitter struggle were the highly advanced jet fighters of the Luftwaffe, and in particular the legendary Me262.

Determined to obliterate the Luftwaffe jets once and for all, on 10 April 1945 just over thirteen hundred bombers attacked the airfields in force; but the jet fighters were already airborne, and waiting. As the bomber stream turned and slowly headed west for home, a powerful unit of nearly fifty Me262s pounced on them from the rear, out of the high cirrus clouds. Suddenly the clear air was alive with cannon fire as the Luftwaffe jets screamed into the attack. It was a desperate gamble and a few Fortresses in the outer elements were quickly hit before the ever alert, escorting P-51 s could join the fray and dive on the jets in hot pursuit.

Once again Robert Taylor has created a powerful reconstruction of events as they happened that day, and it is easy to see why he has become the unrivalled master of aviation art. With seemingly effortless skill he portrays the B-17s of the First Air Division with the sun glinting on their fuselages and streaming contrails in the cold clear air as they turn for home. Several Me262s have already torn through the massed formation, but even as they look to escape from the wrath of the Fortresses' gunners, a P-51 from the escorting 356th Fighter Group has quickly spotted his target and presses home his attack. The hunter becomes the hunted as the Mustang pilot, Wayne Gatlin, skilfully positions himself behind the Me262 ready for the kill, one of a score of Luftwaffe jets downed in the encounter by the men of the Eighth. 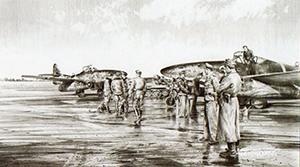 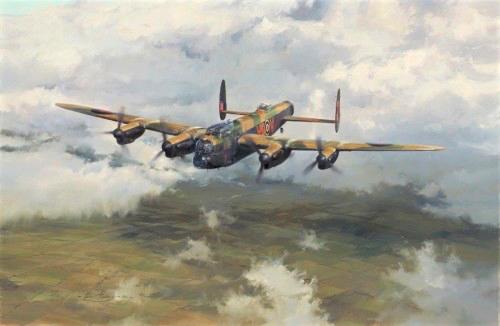 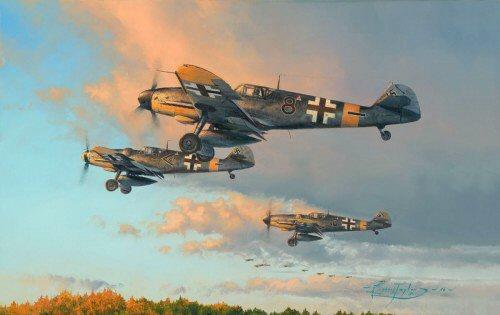 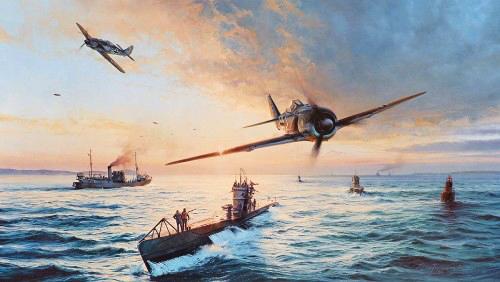 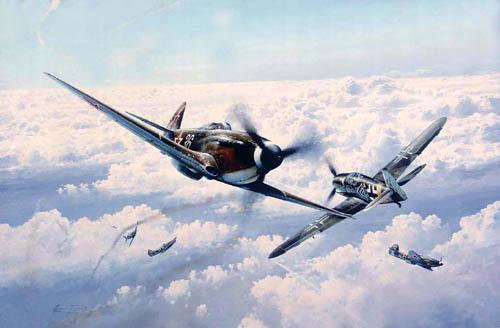 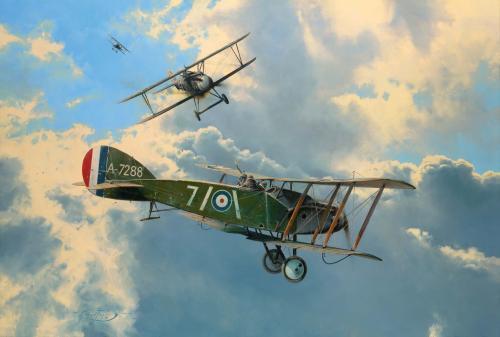 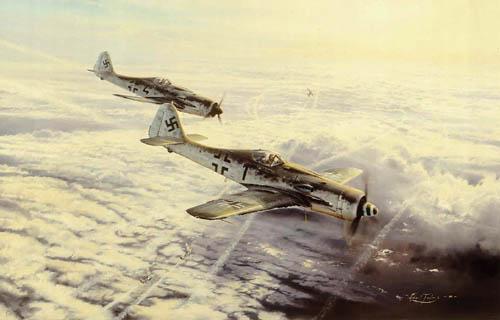 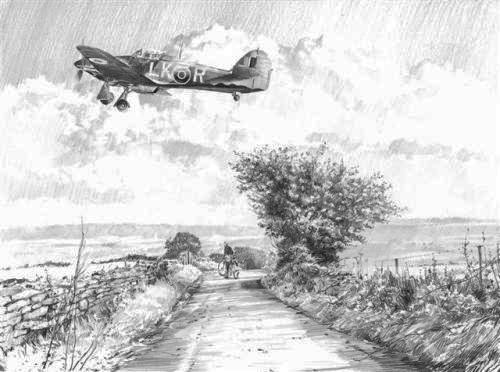 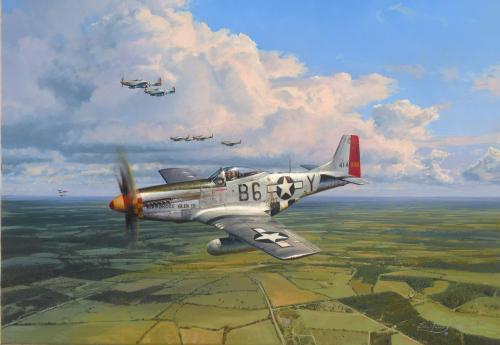 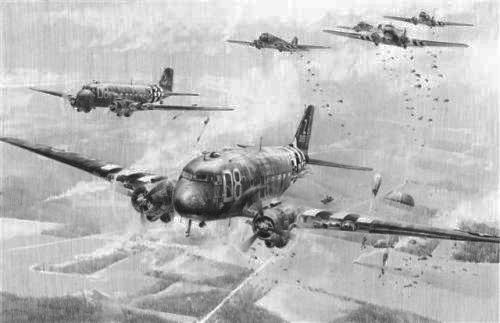 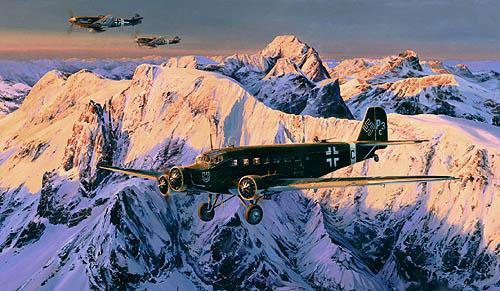 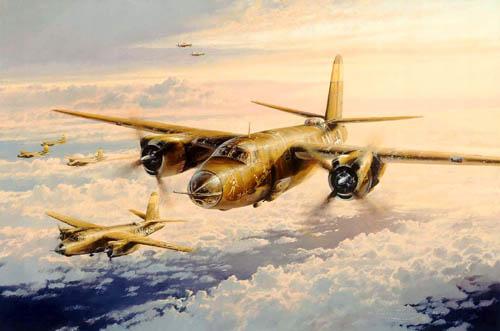 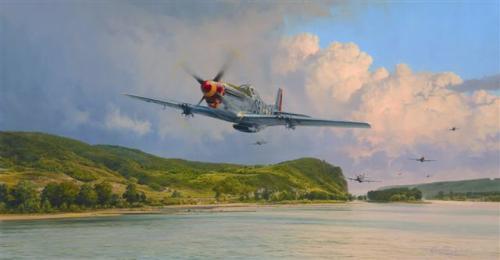 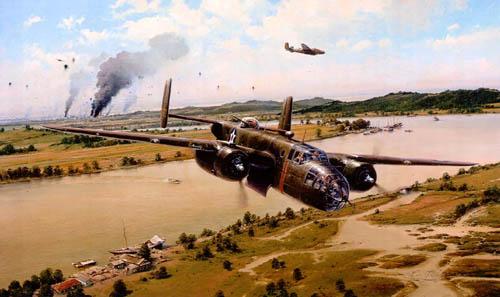