de Havilland Mosquito FB IVs over the North Sea.
Based at Banff on the East coast of Scotland, the Banff Strike Wing was formed in 1944. Its primary role was to combat the threat of enemy shipping operating from bases deep within the Norwegian fjords. The image depicts Mosquito FB VIs of 143 Squadron, armed with 25-lb solid armour-piercing rockets, low over the North Sea early in 1945.

Stragglers Over the Channel by Stephen Brown - Cameo print 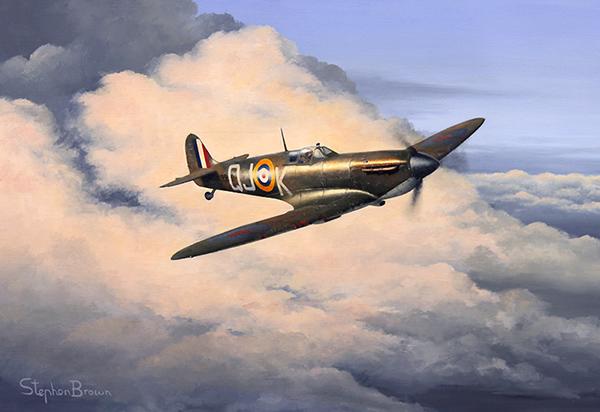 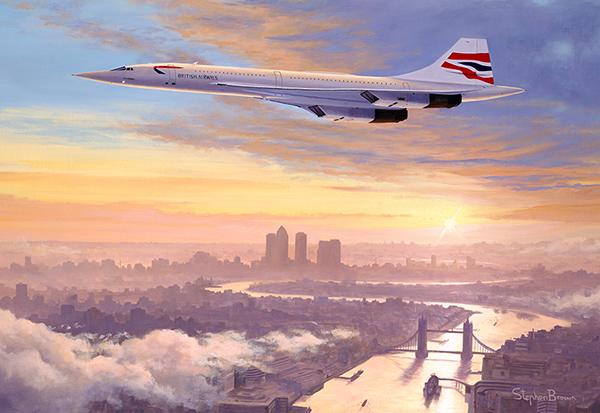 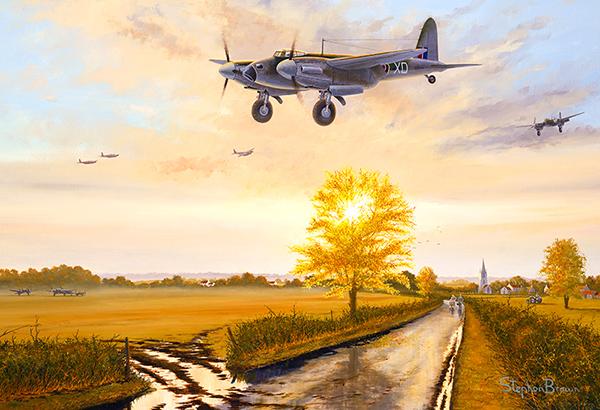 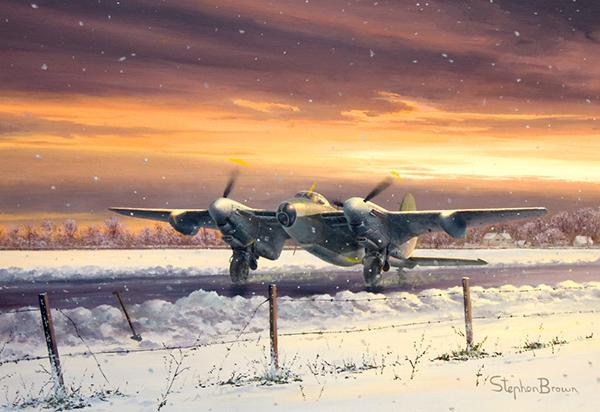 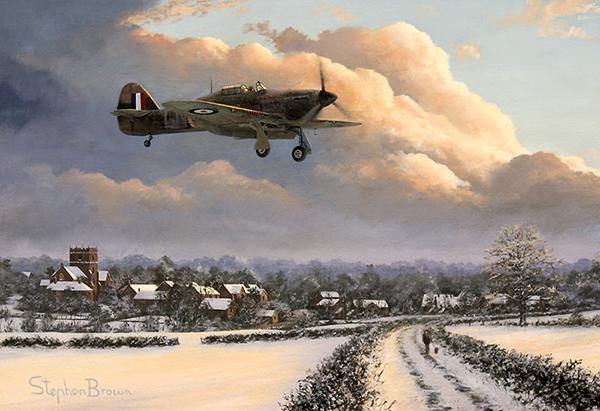 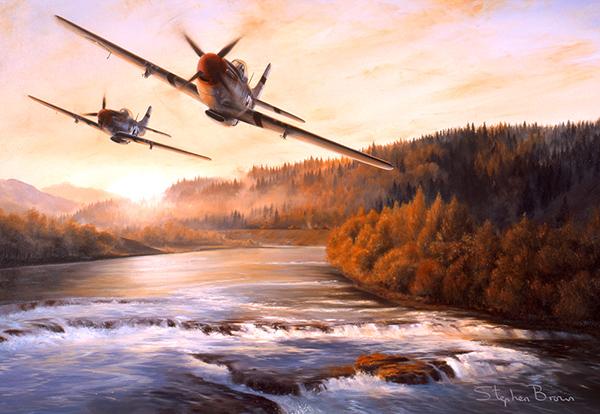 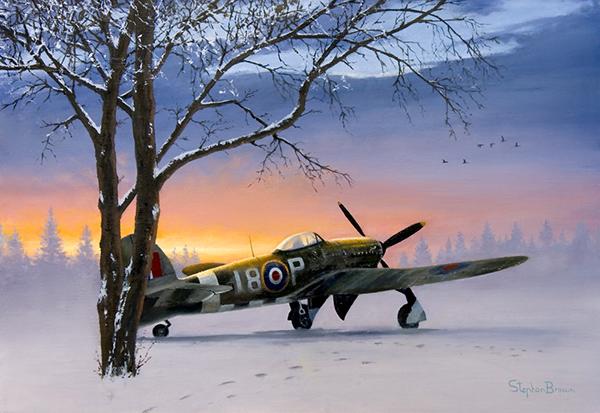 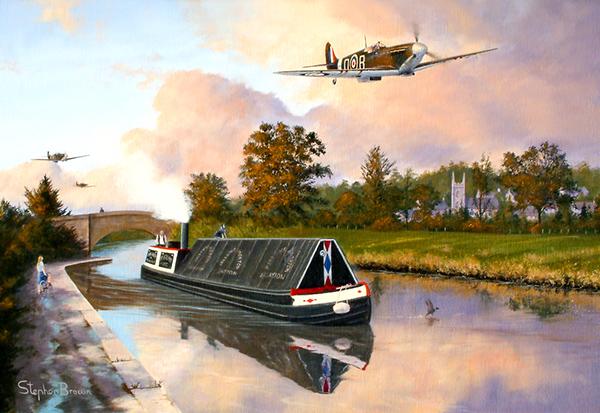 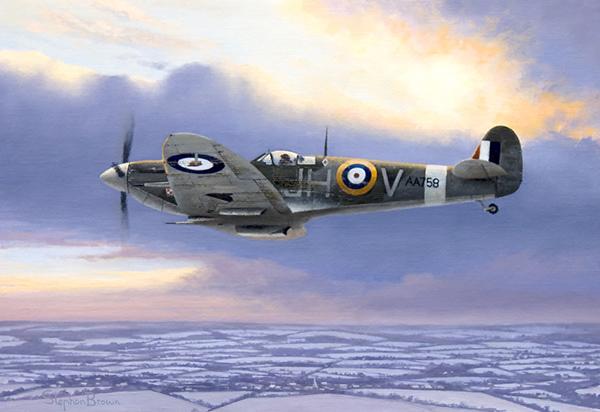 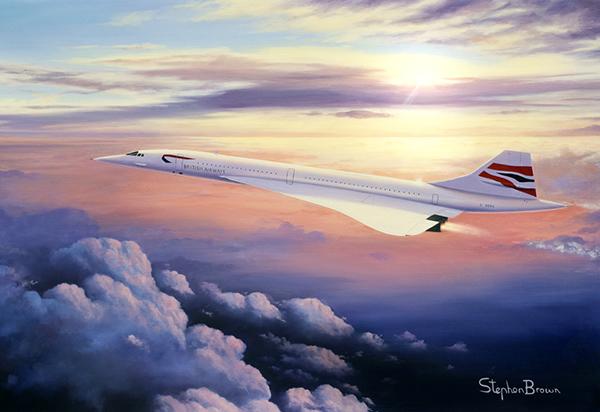