Aviation art Christmas card featuring a British Aircraft Corporation BAC 1-11 in British Airways service during the late 1980s. Entering service in the 1960s the BAC 1-11 became one of the most popular short-range commercial jet airliners. It was widely used by civil and military operators up until the 1990s. British Airways successfully operated BAC 1-11s from its formation in 1974 up until 1992.

Greeting: With Best Wishes for Christmas and the New Year. 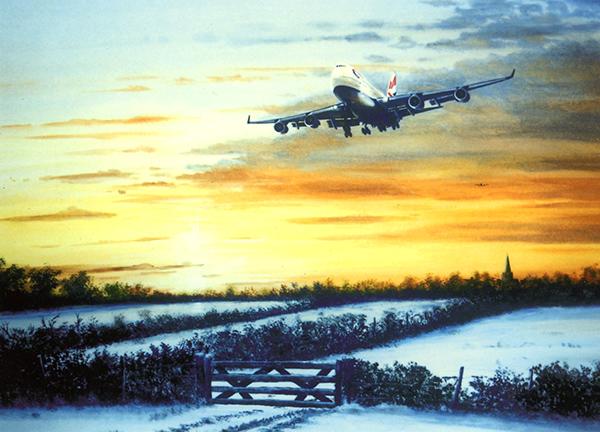