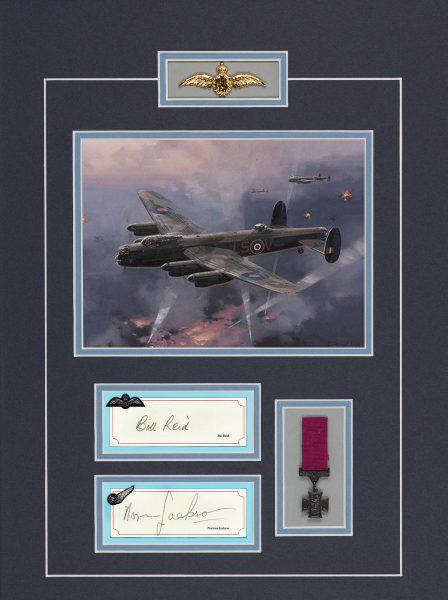 Two of the RAF's most illustrious names, both holders of the Victoria Cross. Bill Reid and Norman Jackson were both decorated with Britain's highest award for gallantry following actions in the deadly night skies over Germany; Bill Reid piloting a Lancaster, Norman Jackson the Flight Engineer on a similar aircraft. Two of only 12 RAF recipients of the Victoria Cross to survive the war, Bill Reid and Norman Jackson both represented the spirit and determination than ran right through Bomber Command. All volunteers, more that 55,000 aircrew never came home. But for the bravery of men like Reid and Jackson many more would have perished. This rare collector's piece, with the signatures of two holders of Britain's highest award for valour, will become a treasured heirloom. 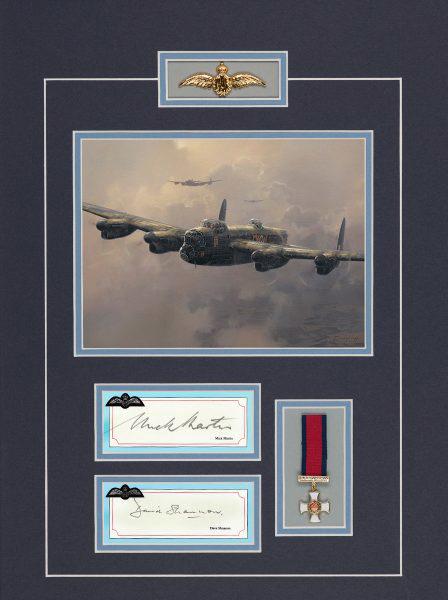 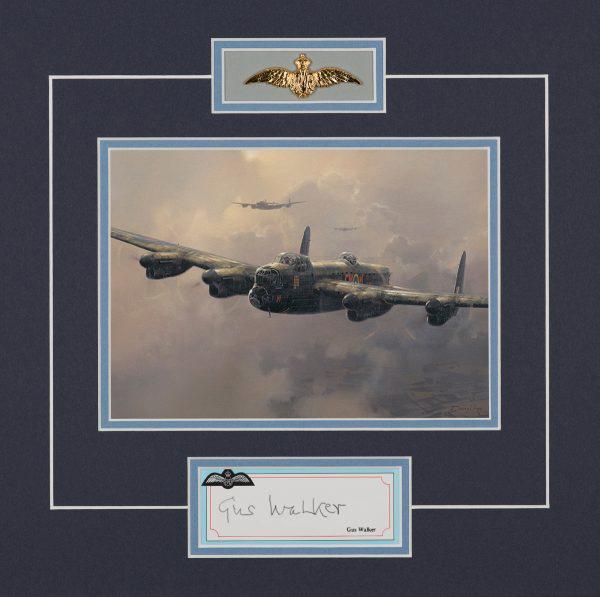 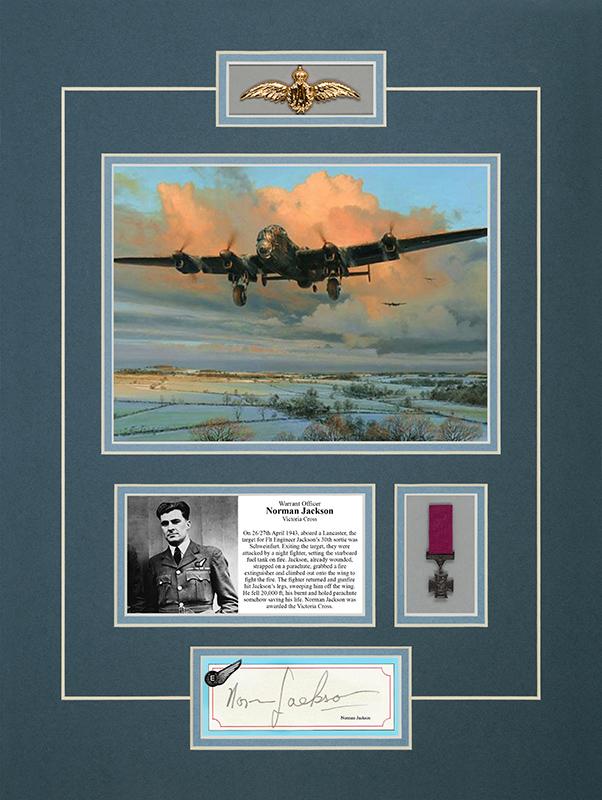 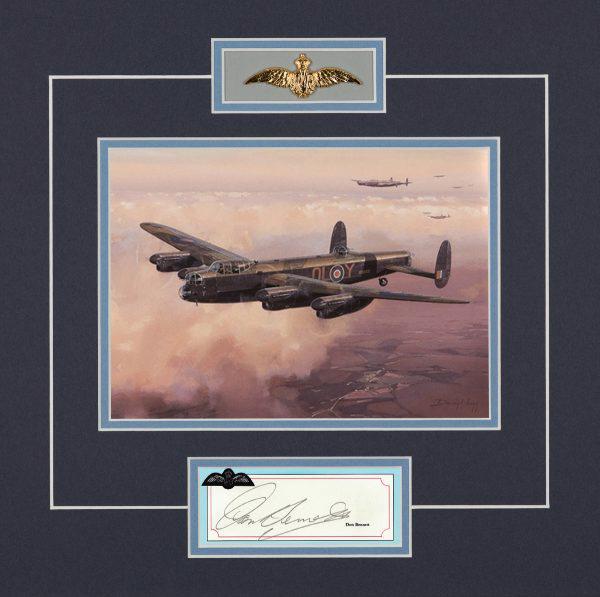 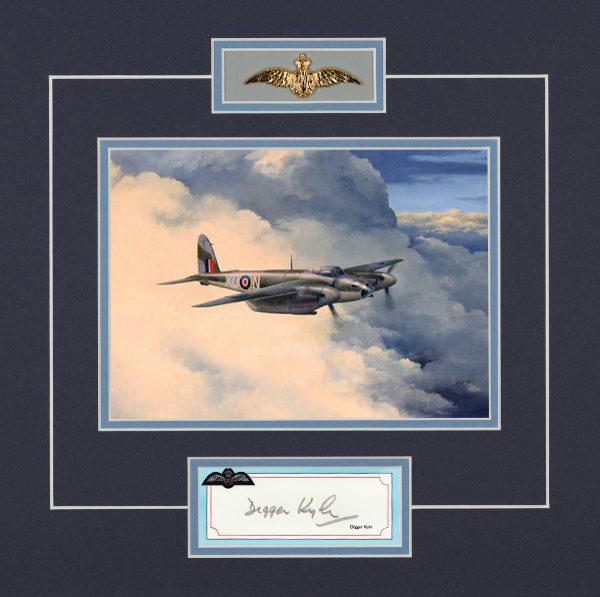 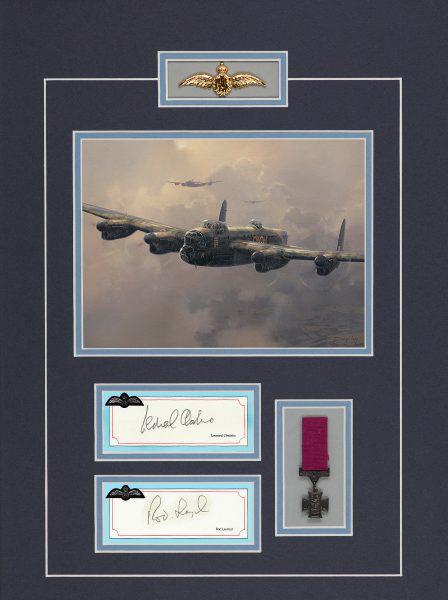 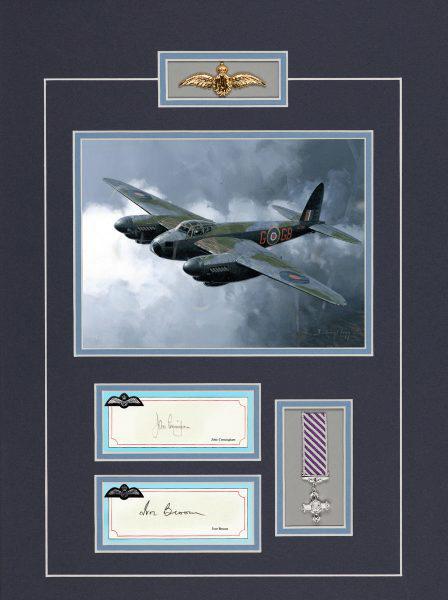 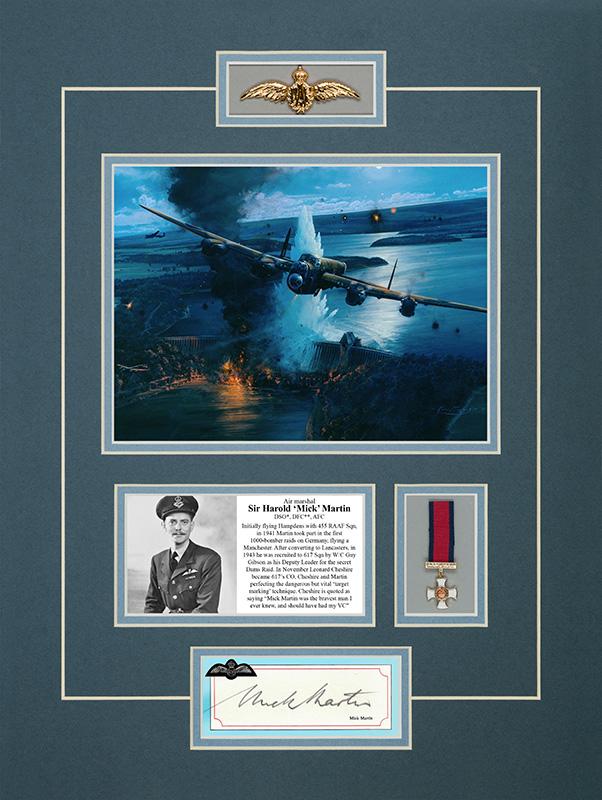 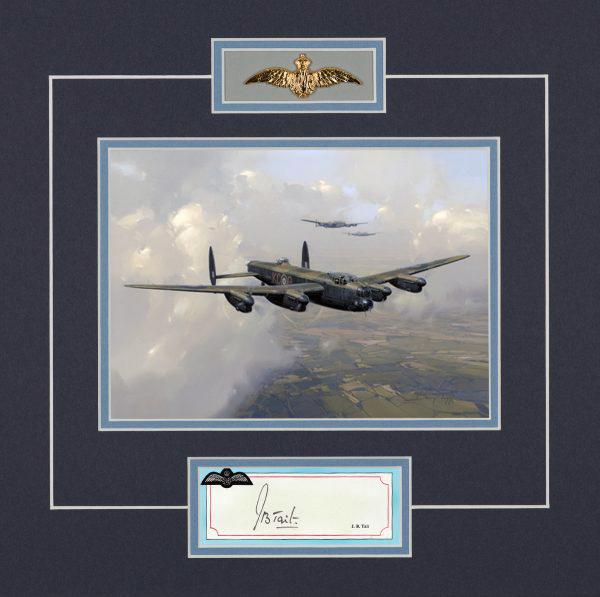 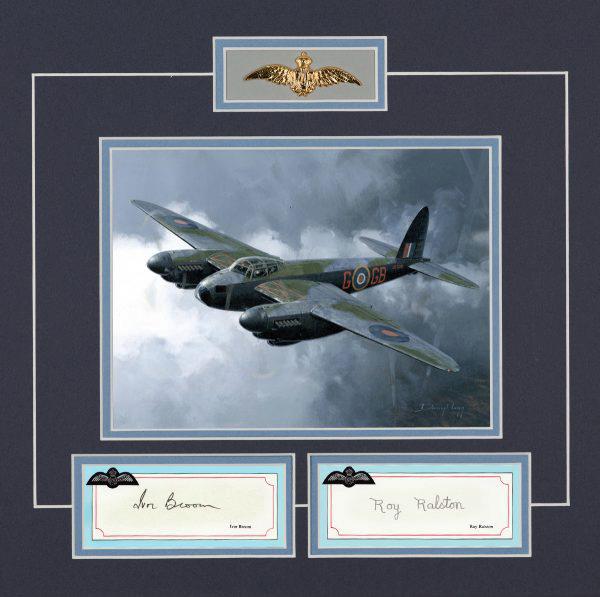